Study program for residents of India

Many of them have come to outdo themselves at Cégep de Thetford and have believed in us. They come from the four parts of the continent, but all have a common project, to live an unforgettable experience that will make them grow. Some wanted to share with you their experience and the reasons why they chose for the adventure of their lives! 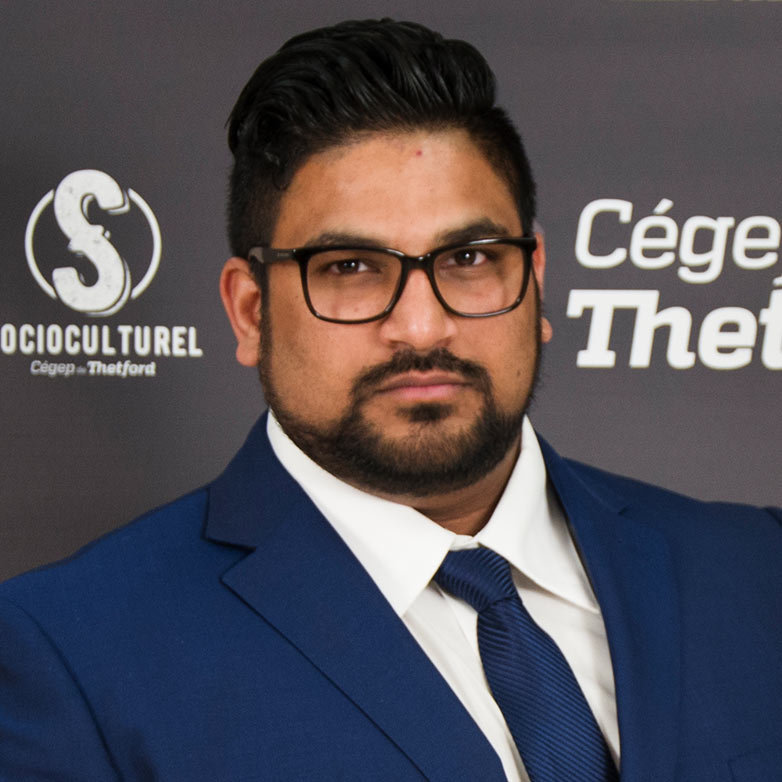 My name is Jérémie, I am 33 years old and I have been a student at Cégep de Thetford for about 4 years. Why did I com to Thetford? The city is very dynamic and has a beautiful vision for the future. We are in a city that gives people the opportunity to discover and develop themselves.

I got involved in the student association upon my arrival. It allowed me to meet and discover people of all ages.

When asked where I want to grow professionally, I have only one answer: Thetford as much for its dynamism as for the quality of life I found there.

I arrived in Quebec in August 2017. I settled in quickly, thanks to the help of the other international students and the Cégep. I rapidly find my bearings, both at the Cégep and the city.

I chose Thetford for its geographic position, which is in the southern Quebec, halfway between Quebec City, Montreal and Sherbrooke. However, public transport is underdeveloped. The other advantage compared to the geographical position is that it is cooler than in the cities further north! Here, the cost of living is lower compared to other cities, it is to be considered when one is a student! The city of Thetford is not large, but offers all the services and it is ideal to facilitate its adaptation to a new country. I had the chance to quickly create a circle of friends and acquaintances, both Quebecers and foreigners. I like Cégep de Thetford because it is on a human scale, the staff and teachers are friendly and available, so it is easier to bond with people.